If you are getting ready to re-watch the most seductive vampire-fantasy saga, Twilight, here’s how to watch all Twilight movies in order.

Based on Stephenie Meyer’s novel Twilight features a teenager Bella (played by Kristen Stewart) who moves to a small town in Washington with her dad. There, Bella meets Edward Cullen (played by Robert Pattinson), a mysterious student who turns out to be a vampire.

Twilight is one of the most-watched fantasy movies of all time that made billions in box office revenue, after coming to an end 10 years ago. The movies made just under $3.4 billion at the box office, with 120 million copies of the novels sold in 38 different languages.

Whether you are planning to watch the Twilight Saga for the first time, or want to enjoy the supernatural love story again, here are all Twilight films in order.

The Twilight saga is easy to follow as all 5 films have been released after every year with no gaps. Here’s a recap of every Twilight film: 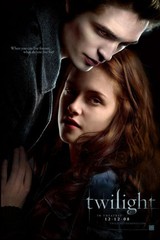 The first movie of the saga, Twilight was released in 2008. It tells the story of Bella who moves to a small town in Washington, Folks with her father, Charlie, who’s a police chief. Bella meets Edward, a mysterious student who turns out to be a hundred-year-old vampire. It turns out Bella’s blood is irresistible to Edward and other vampires in the area.

Despite these conflicts, Bella and Edward fall in love, and Bella is drawn to a world of supernatural beings, as another clan marks Bella as a target. Now, it is up to the Cullens to protect Bella from other vampires. The story continues in the second installment of the saga called New Moon, released in 2009. Edward decides to leave the town along with other Cullens, leaving Bella behind as he believes that is the best way to protect her from harm. Recovering from the loss of her love, Bella becomes friends with Jacob, who helps her get over her depression.

Jacob and Bella’s friendship deepens, but she still misses Edward. Bella soon learns that Jacob is a werewolf – and is a member of the Quileute tribe. What’s more, vampires and werewolves are natural enemies, however, the tribe and Cullens have a peace covenant.

One thing leads to another, and Bella finally meets Edward towards the end of the film and is introduced to Volturi – the ruling class of vampire elites who set rules for the vampire society. Bella is given an ultimatum – either be killed or turned as she knows too much about the vampires. 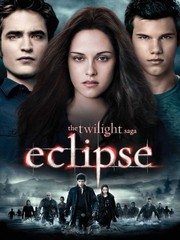 In the next installment, Eclipse, Bella, and Edward struggle to make a decision and Edward agrees to turn Bella into a vampire but only if she marries him. The couple faces a threat from Victoria as she returns to Folks with an army of newborn vampires to kill the Cullens.

The Cullens and werewolves agree to fight together against the army of newborn vampires. Amidst all the chaos and fighting, Jacon learns of Bella’s decision to marry Edward and turn into a vampire. 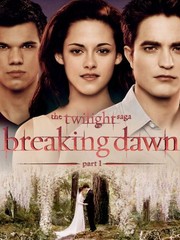 The fourth film, Breaking Dawn Part 1 was released in 2011. The fourth book of the series has been split into two movies.

Part 1 is a few months after the events of Eclipse as Edward and Bella are finally getting married. On their honeymoon, Bella becomes pregnant with a vampire-hybrid child that could possibly kill Bella. When Jacob and the werewolf tribe find out about the baby, they decide to eradicate the threat as no one is sure what the child will grow up to be.

Bella gives birth to the baby, called Renesmee. Jacob imprints on the child and is protected from the werewolves as the tribe forbids harming soulmates. Bella struggles with her life as Edward tries hard to turn her into a vampire after childbirth. 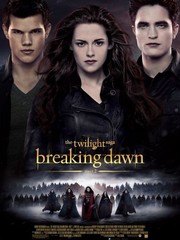 As the final, Breaking Dawn Part 2 begins, Bella suddenly awakens as a vampire. She takes her transformation quite well and deals with the changes in her body. Volturi soon learns about Renesme and believes she’s an ‘Immortal Child’ – a human baby turned into a vampire is considered taboo.

Edward and Bella try to recruit allies and friends to help fight against the Volturi and prove them wrong as they come to destroy the child. Alice is able to change Volturi’s mind by showing them the results of the battle in case they don’t change their mind. The final film ends with Alice’s vision of a happy future.

Here is the rank of Twilight movies according to audience scores on Rotten Tomatoes:

Is Twilight on Netflix?

Yes, all Twilight movies are available on Netflix. However, it is only available to stream in a few regions only such as the US, Canada, Germany, Netherlands, and a few more. If you cannot find Twilight movies on Netflix from your region, follow the steps below:

Here’s how to watch all Twilight movies on Netflix:

If you are a fan of fantasy movies, you can also watch Lord of The Rings films on Netflix, along with The Hobbit movies, and the Pretty Little Liars Netflix series. You can even binge-watch Hunger Games on Netflix as the movies are not available to stream on the platform in a few regions only.